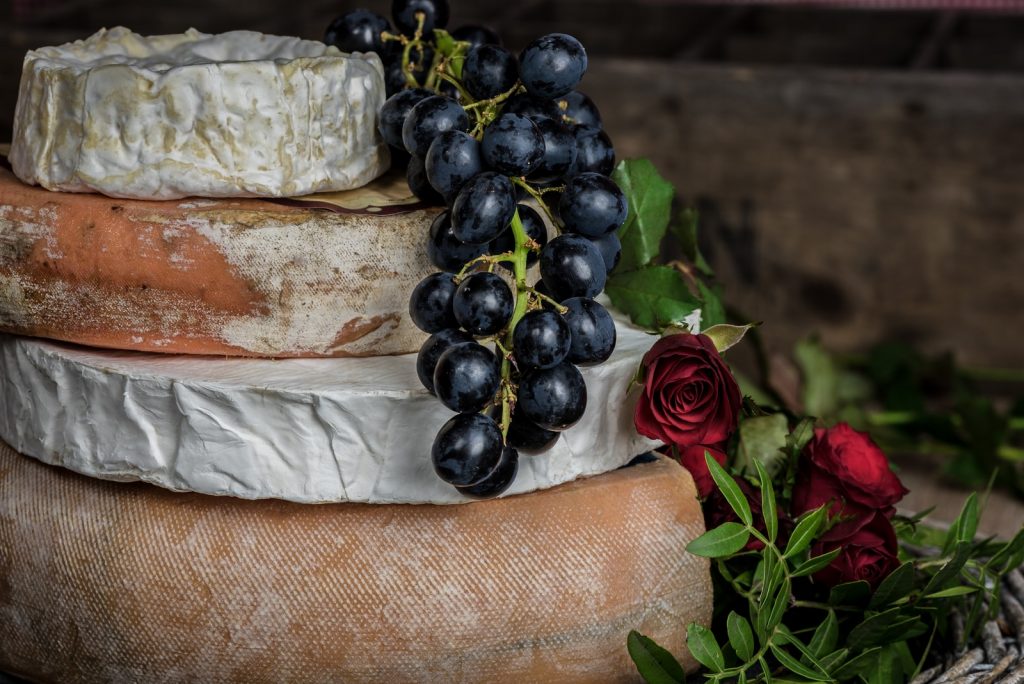 Shavuot is a chag with many traditions and meanings. Although it is more than three thousand years old, there are still messages and values to be extracted from Shavuot. As an educational, Jewish and Zionist tnua, we must understand it, celebrate it and educate about it within our context. The following article contains three visions of Shavuot and how they relate to us.

Shavuot is also called Chag HaKatzir (the Harvest Festival) and Chag HaBikurim (Festival of the First Fruit). In the times of Beit HaMikdash, the arrival of summer and the harvest season after spring were celebrated. In Shavuot, besides harvesting the first fruits, we used to go to Beit HaMikdash and offer animal sacrifice. We were connected to the land of Israel and that was reflected through our chagim and customs. Shavuot was a moment where all people gathered in Yerushalayim to celebrate together.

With the beginning of the period of the Galut (Diaspora), this changed. There was no longer a temple to where offerings could be brought or a Jewish capital where we could meet. We exchanged these actions with study and prayer, with the hope to return someday. In addition, we were expelled and stopped working the land.

Zionism turns hope into reality. After two thousand years of exile, we returned to the land of our ancestors with one mission: to build a Jewish State. In order to achieve this mission, many halutzim and halutzot dedicated themselves to doing what we did not do for a long time: working the land. Shavuot became a central element of Jewish life in the Kibbutz. The first fruits of the Kibbutz were presented, and a party full of food, music and dancing was thrown.

When discussing Zionism, the return to Judaism and the Kibbutzim, we cannot forget Aaron David Gordon, one of our sources of inspiration: “We who were torn from our roots must know the land and prepare it, the land to which we came to be absorbed, know and understand the climatic conditions… We who were torn from nature, we who forgot the meaning of natural life—we must, if we wish to have life, demand a new relationship with nature, start over with it” (Avodatenu Meaata, 1920).

Gordon was a unique example of the halutziut we value so much. Despite having a comfortable life and a job as an educator in Russia, he made Aliyah at the age of forty-eight and was a member of Kibbutz Degania.

Gordon made Aliyah as a part of his path toward the Hagshama Atzmit: a Hagshama which involved humanism, Judaism, Zionism and Halutziut.

Although he was never in excellent physical condition and was much older than the other Kibbutz workers, he came to Israel to work in the field. It was not his only option; his reputation as a Zionist philosopher could have given him a job as an administrator or a writer. Gordon decided to work the land because he wanted to be connected to it. He chose to live in a Kibbutz to fulfill his ideas and work along with other halutzim. Without a doubt, the strong and connected-to-our-roots pioneering spirit of A.D. Gordon serves as an example to us to this day.

Today, Israel’s economy is not based on agriculture, but we can still see the fruits of our movement in other fields. Israel is one of the most technologically advanced countries, is the only democracy in the Middle East and made Am Israel from homeless people to a people who can find their identity and reach fulfillment. In Shavuot, let us celebrate being connected to Eretz Israel again.

Another name for Shavuot is Zman Matan Toratenu (The Time of the Giving of Our Torah). According to the tradition, we received the Torah for the first time on Shavuot. Why for the first time? On Shavuot, we must not only remember the giving of the Torah, but we must receive it year after year, generation after generation.

The Torah is not only a book of the past; our history, culture, religion, traditions and customs come from it. If we believe in the continuity and the development of Judaism in our days, we cannot leave aside our most fundamental source.

In Har Sinai, each one of us received the Torah. A true understanding cannot only be delivered; it also has to be received. In Hanoar Hatzioni, we believe in the value of education through experience. Therefore, to make the Torah ours and learn from it, we must get to know it as a part of who we are. If we let the Torah be only something that we are taught, it will not be ours. The Torah belongs to all Jews; it was not given only to some to transmit to others. The Torah is relevant to us because it is part of our identity as a people; it belongs to the Orthodox as much as it belongs to the secular, to men as much as it does to women and to the children who have just begun to study it as much as it does to their grandparents.

As a pluralist and humanist tnua, the education we provide is not the transmission of past, processed and explained information. We want our chanichim to know the world and appreciate it in their way so that they can adopt independent positions.

Likewise, we want our chanichim to receive the Torah, rather than us giving it to them already processed and thought through (whether it is through a specific stream or our beliefs).

Therefore, let us know the Torah and our roots and educate through them.

Megilat Ruth tells the story of Ruth, a Moabite woman (of a people who lived near the people of Israel) who converted to Judaism. It is customary to read it on Shavuot because, similarly to Ruth, we received the Torah. In addition, King David (who is a descendant of Ruth) died on Shavuot (according to the Talmud).

The story begins with a Hebrew family that went to live in Moab since there was famine in Israel: Naomi, Elimelech, and their sons Machlon and Kilyon. Ruth married Machlon, but shortly after, Elimelech and his sons died. Naomi, who had lost her family, decided to return to Eretz Israel, and Ruth joined her.

We can draw a parallel between the story of Naomi and the story of the Jews in the diaspora. For two thousand years, the Jews lived as foreigners in lands that were not ours. Similarly to Naomi, we lost a lot from exile: Beit HaMikdash, our land and our union as a people. We lost lives at the hands of anti-Semitism, and some of us lost our culture at the hands of assimilation.

When Naomi returned to Israel, she was a poor widow with her daughter-in-law. They had no jobs or a place of their own. People asked what had happened to her in Moab. She did not feel the same as when she left, as is shown in the Megila: “She said to them, ‘Do not call me Naomi; call me Mara, for the Almighty has dealt very bitterly with me. I went away full, but the Lord has brought me back empty. Why call me Naomi? The Lord has afflicted me; the Almighty has brought misfortune upon me’” Megilat Ruth, Chapter 1, verses 20-21.

Many olim went through similar stories. During the First Aliyah, they arrived in a land that was mostly desert and swamps, where there was no work and there was a constant risk of dying of malaria or other diseases. After the creation of the State, hundreds of thousands of olim arrived in Israel due to the exile of Jews from Arab countries and the Shoah. Due to their large number, the olim were forced to live in crowded and fly-filled Ma’abarot (refugee absorption camps). Like Naomi, they came to Israel with nothing, seeking to escape the tragedies of the past.

But of course, the Megila has a happy ending. Ruth met Boaz, and they fell in love. Boaz took care of Ruth and Naomi, provided them with food and shelter. In the end, Ruth and Boaz got married and had a son, Obed.

Naomi was finally happy with her grandson. She took care of him and felt blessed. She would probably be very proud had she known that Obed would be the father of Yishay, Father of King David.

Israel served and serves as a refuge to all the Jews of the world who have been persecuted for most of their history. Like Naomi, we should feel blessed to have grown so much in such a short time. However, we cannot say that we are perfect. We want an equal, democratic and just society that reflects our Jewish and humanist values. If we do not look forward and seek to improve, we will stay with the Israel of the time of the Shoftim, with corruption, crimes, wars and division. We must aim for a united, peaceful, strong and just society. Remember that the times of David and Shlomo, times of growth, recognition, strength and peace, came shortly after those of Ruth and Naomi.