START OVER TO REPAIR, REPAIR TO START OVER 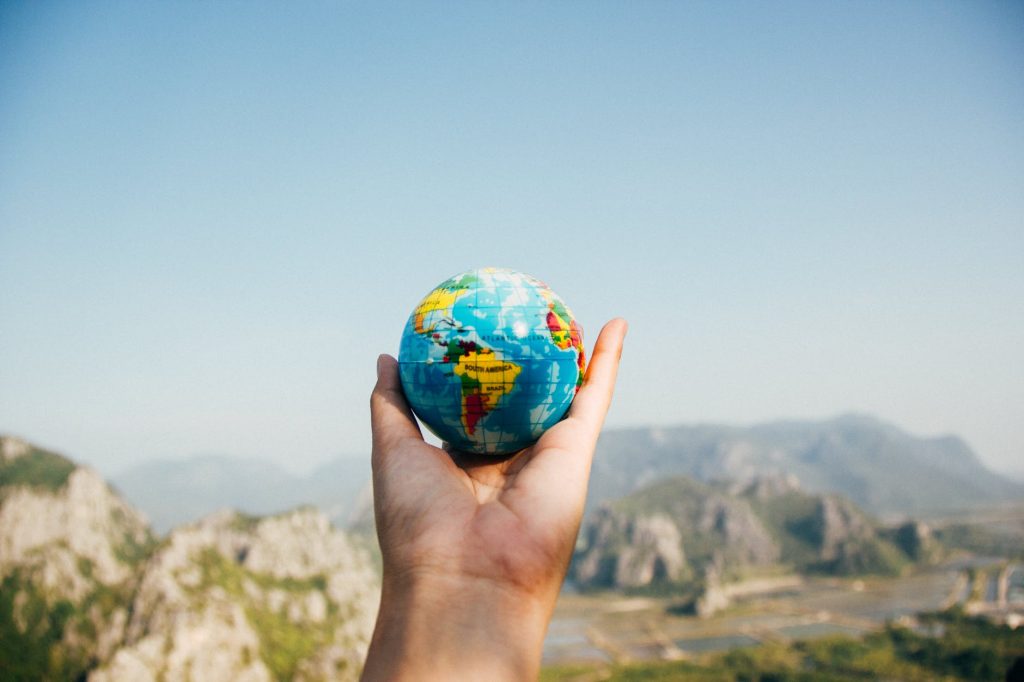 NOAH’S STORY AS AN OPENING METAPHOR

According to our sources, many years after God created the world, there was a moment when humanity reached unacceptable levels of violence and immorality. So cruel did human beings become that God saw no other option but to eradicate humanity and the species from the earth, from the face of the planet. And that’s how the Flood came. Water, lots of water that washed everything away. Except for Noah, his family, and the animals inside the ark.

According to the story, after several days of sailing, after several rounds of the dove announcing whether the waters had dropped low enough to go out into the world, it was time to “set foot on earth” again.

At this point in the story, I confess that I cannot help but think of the impossible situation in which Noah has been plunged. He knew the world, saw its destruction and now he is left in charge of the destiny of humanity, when everything around him is desolation. I don’t know about you, but if I had been Noah, coming down from the Ark, I would have surely felt a lot of fear: Where to start building a devastated and desolate world? How to do it? And more importantly: Why start the task of building a new world, knowing that, in the face of error, fault or mistake, the answer will be total destruction?

To be honest, I understand Noah, because I feel that many times his feelings, when leaving the Ark, are very similar to the ones we feel when we open the newspaper, the news channel or our social networks. Is it possible to fix this whole world? Where to start? Will this task be too big for us? These are some of the many questions we ask ourselves and they overwhelm us when things are not going well.

First lesson: When things are not going well…

The world, throughout human history, has faced multiple and diverse challenges and our times are no exception. Hunger, violence, slavery, disease, destruction, wars, fundamentalism, discrimination, xenophobia, ignorance, indifference, are some of the current plagues to which we must respond as youth.

When things don’t go well, we tend to get into our “shells” to feel a little safer. Yes, all that is normal when things are not going well.

So I think the first lesson that this story leaves us with is that when things are not going well, when there is a crisis, when there are challenges, it is normal to feel overwhelmed, worried, sad or angry. It is normal to ask ourselves questions. It is normal to look for answers. It is normal to take time to process what we have been through and think about what has caused us pain. And once we have given way to that whole process of questioning, critical thinking and introspection, then we are ready to move on to the second learning.

Second lesson: whenever it rained, it stopped.

Going back to Noah’s story, it is worth mentioning that, apparently, once the flood was stopped, God understood that Noah was not safe in the new situation and therefore, made him a promise: “I will never again destroy the world and as proof of this, I will put a rainbow in the sky as a reminder”.

I think we have a second lesson here: After the flood, after the storm passes, it is important to start looking for the rainbow. The rainbow is that magical gift of nature, which shows us with its very essence that things are not dichotomous or monochrome, but that there is a wide range of possibilities within our reach. Sometimes the rainbow can be metaphorical: a simple hopeful promise that all is not lost and that things can be better. Sometimes the rainbow is a person, someone who suddenly comes into our lives and allows us to understand that we can be, do, feel and think differently. Sometimes the rainbow is a situation, something that happens to us and enables us to find within ourselves, tools, skills or even answers that were not available before. Other times, the rainbow can be some idea, value or principle that allows us to understand the world and work as a drive to act in it.  Whatever meaning we give to the rainbow, the important thing is that once we have found our own, then we are ready to begin one of the most beautiful processes that human beings have created: the process of “TIKUN”.

I believe that the magic of the Tnua is that it embodies the different possible rainbows in the same time/space. That’s why the Tnua, as an educational entity, is a seedbed of young people leading the processes of Tikun.

When we talk about “tikun”, we’re talking about repair. Nowadays, this concept may sound a little strange, since we live immersed in a world where many of our economic systems encourage the (ab)use of the “disposable”. That is, we live consuming things that are “short-term” and that when they break, it is more profitable for us to throw them away and buy new ones, rather than trying to fix them. The problem with this system is that it has unwittingly made us believe that what is relevant to the world of things is also relevant to ourselves, to other people, to our links with other living beings and to the world in general.

And yet, in this whole context, Hanoar Hatzioni proposes a different model.

The Darkenu begins the chapter on “Youth Movement as an Educational Entity” by saying: “The youth movement is an expression of adolescent independence. It challenges the conventional, expresses criticism regarding past and present situations and is characterized by the desire of correcting and creating a better society for the future”.

Or, in other words, when things are not going well, the young people of the youth movements will be there, to react against what others have taken for granted, to be the ones who ask the questions and seek the answers with critical and analytical thinking. These young people will be the ones to take a mature and responsible stance, to denounce those things that deserve to be changed and to lead the processes of growth, development and improvement. And they will not do so based on the fear that the situation generates in the present, but on the greatest and most powerful forces that exist on earth, which are love, responsibility for others and the desire for continuity.

Fourth lesson: Love, responsibility for the other and anxiety of continuity as the engine of Tikun.

This is my guess: Noah comes down from the ark. Looks around. He feels fear. He hesitates. Noah is not who he was. He’s not willing to see a new world destroyed. He won’t accept being an accomplice to such a terrible plan. He negotiates. God promises him never to destroy the world again. Is that enough? There are those who may believe that it is, that this is enough for him to get to work and start repairing the world. Personally, I don’t think it is.

I think there has to be more than a promise for the future, there has to be something in Noah’s present that encourages him to start over, even if he doesn’t know what tomorrow will bring or how the story will end.

I imagine Noah under the ark. He looks to his sides and sees desolation. But he looks back and sees the future, he sees continuity. Because there, at the gate of the ark, his loved ones are waiting for him to give the signal that it is possible to come down and make repairs to start over.

I believe this is the engine that drives Noah to repair (“letaken”) and start over. The love for his loved ones is what makes it easier to become responsible. Responsibility that pushes us to continue in spite of having lived through events of destruction and commits us to ensure processes of continuity no longer from a passive and indifferent place, but from a conscious and proactive place that builds the processes that will make this a better, fairer, safer, more egalitarian, happier world.

The Madrichim and Madrichot are, in many moments, those who are on earth, looking to the sides, seeing a world that, those who preceded them, did not always know how to take care of as it was necessary. And then, however, when they look back, they see a great ark full of chanichim and chanichot, asking: “can we go out”, and the answer we give with each peula is: “yes! Because “we aspire to show the youth the world in all its breadth and complexity, convinced that by learning and getting to know it, they would know how to value it correctly”.

Yes!, because “our faith in the human being, in his ability to train, correct and perfect his way, along with our deep conviction regarding the scale of values of the Tnua, are the factors that, in our opinion, grant us the right to educate.”

Yes! because we assume the responsibility of being the pillar on which our educational structure is based, the personal example that gives ethical foundations to our task as educators, and of being consistent and coherent with our ideological-educational message, at the base of which is the deep desire to form integrated persons who will make this a better world.

In the blink of an eye we are celebrating Rosh Hashana, the anniversary of the creation of the world. In just 10 more days, we will gather again to live Yom Kippur together, one of the most important days in the Jewish calendar, a day of introspection, and personal and collective thought.

While Rosh Hashanah invites us to “start over,” Yom Kippur calls us to see, in this new beginning, a new opportunity to, this time, make things better. In other words: “letaken” (repair).

I would like to take this opportunity to thank all those madrichim and madrichot who, with their educational work, their love, responsibility and desire for continuity, constantly activate on the basis of the values, ideas and essential principles of our Tnua in order first and foremost to be able to repair. Thank you for being the constructive critic, for not conforming, and for aspiring to more and better. Thank you for generating the processes that bring us closer to those results, for dreaming big and for teaching future generations how important it is that they dream big too. Thank you for looking around and trusting that change is still possible, and for being that change for our chanichim and chanichot. Thank you, because this “tikun” that you do in every peula, at the end of the day, is what motivates those who are still waiting on the ark, to go out and start over.