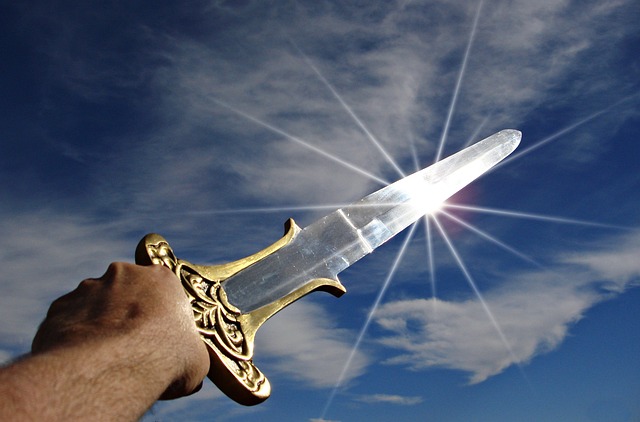 HANUKKAH LESSONS FOR MADRICHIM AND MADRICHOT.

Any normative person would answer “no” to the question we have posed in the title. With some reason, we could say that, if we are already going to go out to fight (that is, we are going to put the body, mind, heart, time, our destiny and sometimes even that of others at stake), at least we will do it thinking that we have to draw, if not win. Why would we fight for something knowing from the beginning that we have no way to win?

The story of Hanukkah, however, comes to teach us a different paradigm of thought: The struggle of the Maccabees against the Greeks is a clear example of how a small group of Jews decided to fight against the great Hellenistic empire, against all kinds of prognosis of success.

At a time when there are many struggles (personal, collective, of our people and of Israel), we deserve to remember this historical event and try to learn from it. Who tells us, maybe it inspires us to give battle to those great windmills that push us back, and even, in time, we even manage to win, although at first it seemed like another lost battle.

When we question whether something or someone is “worthwhile”, in other words, what we are asking ourselves is whether that issue/being is important enough, valuable and/or worthy enough to deserve our effort and dedication. In the case of Hanukkah, the question that arises in front of the Macabim is: “Is maintaining the Jewish identity of Am Yisrael a cause noble enough to surrender completely?” Let’s see that, at this point, we do not talk about the processes that this delivery entails, we do not talk about possible scenarios and outcomes, we do not talk about repercussions or consequences of the acts. At this point, we only wonder if the cause is worth our effort. The Maccabies reply, “yes!”

At the level of the Tnua, it is interesting that, after thousands of years, young people of Tnuot Noar throughout the world find themselves with the same question and continue to answer the same answer: “Yes, maintaining and enriching Jewish identity is worth it!”

The word “fight” has a strong physical connotation. This could generate some discomfort, because sometimes we identify with very valuable causes, but we do not always believe that fighting physically is the right way to achieve our ends. And that’s perfect! In fact, perhaps here it is more accurate to speak of “fighting”, because this is how space is generated for all those individual, small and giant revolutions that, otherwise, perhaps would not be visible.

In the case of Chanukah there is a physical contest, there is a fight. But during the Hellenic era prior to the Maccabean revolt, when Antiochus IV Epiphanes issued his decrees prohibiting Jewish religious practice, all those who continued to preserve customs, rituals, and traditions clearly put up a fight.

Since then, at different times in the history of the Jewish people, there have been millions of examples of people who, from their small place, tried to go against the establishment, when they were unjustly pushed to abandon their Judaism.

With regard to the Tnua, I believe that education is the means we choose to create the necessary links to make this a better world, a fairer, more supportive, more humane world. In that sense, every peula about values, every activity that reinforces our traditions and customs, every initiative we carry out to make our history a bright future, is our way of “fighting” indifference, assimilation, anti-Semitism, anti-Zionism in particular and all those people and actions that bring darkness to the world in general.

I think something beautiful that we have learned in TNUA, is that every human being fights differently. There are some who do it from art, others do it publicly and others decide to do it “behind the scenes”. Less important is the method itself, everyone knows what their strengths and weaknesses are. The most important thing here is not to turn off our inner voice. Do not silence the voice of our conscience when it tells us that there are certain things that are not right and must be changed. What is really important is that, deep in our being, we know that we do not renounce our inner truth and, therefore, that we dare to fight.

There are those who say that you have to know how to choose which battles to fight. There are those who say that sometimes it is necessary to lose a battle if we want to win a war. The case of Chanukah is for some, an example of a battle won, while others see in the same historical event a lost battle: the former manage to celebrate the success of the Maccabees and their reign that lasted a century, and on the other hand, the latter see in the fleeting existence of Maccabean sovereignty the argument to define it as a failure. Regardless of the personal position of each one, the truth is that, in collective terms, Hanukkah is presented as a jag in which values such as heroism, Jewish identity, leadership, continuity, mutual responsibility, among others, illuminate our path, even in our days.

Now, lost battles could also exist in the field of education, because educational processes are not simple: these involve moments of construction, with all that that means and many spaces of deconstruction as well. Educating means considering endless exchanges in which, surely, several times we fail to be and do the best we could or what the other needed from us to learn. There are times when the context does not help, the circumstances complicate, the resources are not enough. Other times people, time, energy or motivation are lacking. In other words, in education, there are many battles that seem to be lost.

And yet… There are times when we are fortunate enough to witness “miracles.” There are times when we are lucky enough to see how that small portion of light that we once brought and gave to an Other, then became something great, and eventually something even greater, until, at the end of the process, we see that Other becoming a bright, resplendent being, full of its own light and ready to illuminate the path of those who come after it.

We see our little milagritos who once knew how to be janijim and little janijot, turned into leaders who carry the torch of all our values creating the processes for other new milagritos to emerge and develop. When in our educational practice we feel that we are facing a lost battle, let us remember that every opportunity to respect, sustain and celebrate childhood and adolescence, on the one hand; and consolidating, enriching and strengthening the personal, Jewish and Zionist identity of each person who comes to the Tuna for the other, is always a war won, because we live in a context that tends to overshadow both.

It is true that there are things that we cannot change alone. It is also true that not all changes can be made instantly or now and forever. If when it comes to struggles, battles and wars, we only understood that taking a first step, although not a complete and perfect result is not “losing” a battle, but starting a process of improvement or change, I think the world would look different, I think our lives would look different.

Hanukkah invites us to discover our inner light, to use the fire of those things that we are passionate about to reveal ourselves, bring an alternative and generate a change that dispels the darkness.That this Jag can, not only become light, but also be the ones who infect and turn on the inner light in others, to together be that giant light that illuminates and shows that a beautiful future awaits us, it is only in our hands to reach it.