IDEOLOGICAL LEGACY OF THE HASHMONAIM 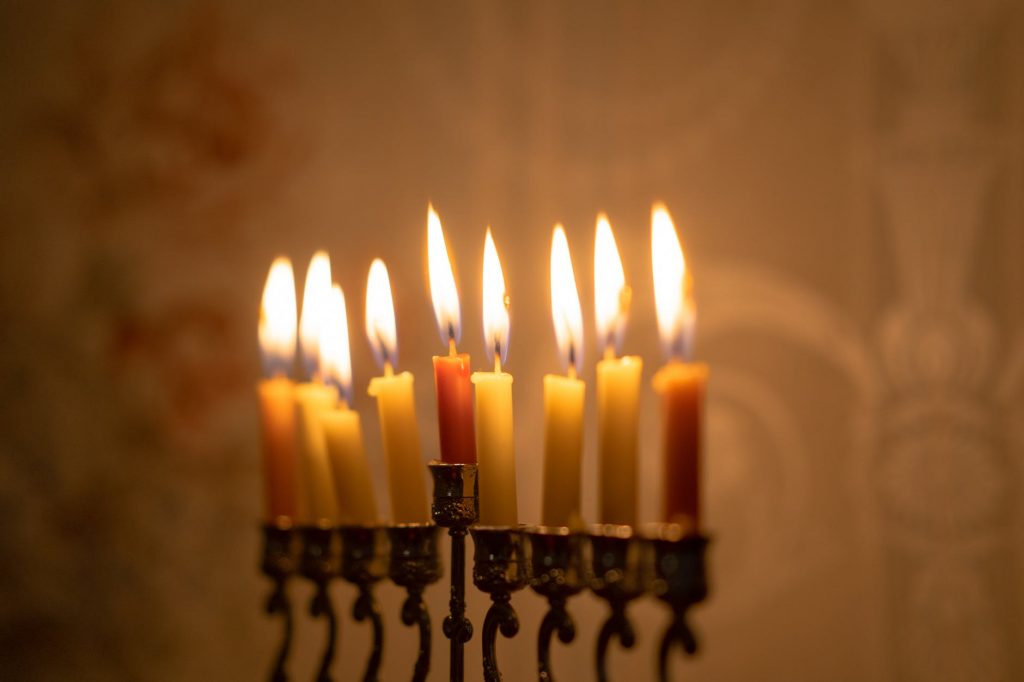 In the 2nd century BCE, the Seleucid dynasty rules the Land of Israel. This government, which began being respectful of Jewish culture, becomes more and more insistent in its desire to Hellenize the people of Israel. The Seleucids seek to establish Greek culture in the Judean region. The moment of greatest tension was seen with the coming to power of Antiochus IV, called by some Epiphanes (the envoy of the gods) and by others Epiphanio (the madman) for his ruthless and cruel character. This new ruler sought to end Israel’s transformation by turning Jerusalem into a Greek Polis. The Beit Hamikdash was desecrated and all the traditional rites of Judaism (brit mila, services in the Temple, study of the Torah, among other things) were forbidden by law. Faced with this situation, the Jews were faced with the dilemma of accepting Greek customs or resisting.

The story relates that Syrian soldiers one day entered the small town of Modi’in on the outskirts of Jerusalem. There lived a Jewish priest (Cohen) named Mattathias, who belonged to the Hashmonaim family. This man was the first to take up the sword to kill these soldiers who were trying to build pagan altars and perform Greek rituals in their city. Thus, began the Jewish revolt. To this cause, the sons of the Cohen and all the Jews who refused to lose their millennial cultural baggage were quickly joined.

After these events, the group left the city and moved to the Judean mountains. From there, the Jewish guerrillas were organized, which from time to time went out on expeditions to attack enemy posts and destroy their pagan buildings. After Mattathias’ death, the revolt continued to be led by his son Yehuda the Macabean. The group had to endure major attacks by the powerful Syrian army. Despite their low combat training and poor weaponry, they were able to defeat the Seleucid forces on several occasions. In the end, the Hashmonaim were the victors of the war, being able to return to Jerusalem to restore it and completely eliminate the imposed Hellenic traits. The rest is history.

This event is one of the founding milestones of Hanukkah, but what exactly does it teach us? What legacy do the Hashmonaim or Maccabim leave us? The answer is in the very name of the Chag. Hanukkah means “inauguration” (since they are the ones who reopen the Beit Hamikdash after the victory), and to inaugurate something, a lot of dedication is needed. This value is what motivates the Hashmonaim from the beginning, to be dedicated to their people, to their culture. The attention and effort that is given to take care of their identity are also the perfect sum for the cultivation of other fundamental values such as justice, equality and pluralism. These are the values that end up characterizing the Hashmonaim and their struggle, and those that give it meaning, those that frame and prosecute it. The values that we derive from this history are fundamental and make up our DNA in the Tnua, marking our essence as youth movements.

Based on these values, the Maccabim saw the world and its reality and sought to understand it, but not from a passive position, but by putting themselves at the center, seeking to be the ones who mark their own destiny. The Maccabim gave themselves the right to doubt, to criticize the oppressive system imposed by the Seleucids, and to act to eliminate it. They decided not to remain silent as if another group of Jews who decided to adopt the pagan practices of Greek culture had done. It is these values that ultimately sustain all their actions and drive them in pursuit of their objectives.

We see how the same situation occurs in our movement. The DNA of the Tnua is situated as the basis of our conception of the world, and together, they are the elements that define our ideas and help us to take clear positions in reality, thus, giving rise to our ideology and giving meaning to the whole educational process of the Tnua. Our ideological platform allows us to bring the values and the vision of the world to reality, to practice, in the same way that the Hashmonaim did at the time.

By merging their way of seeing the world with their values, the Maccabim constituted their vision of the ideal world. A world where Jews can live in the Land of Israel without limitations to freely develop their culture. A society where Judaism can be central, where the continuity of our people is given importance, and assimilation is avoided. A society where values such as respect, justice, pluralism and democracy are central. We can see how the vision of the Hashmonaim is similar to the one we propose in the Hanoar Hatzioni Family. However, the means we take to achieve it are different. In the Tnua we do not take up arms, we do not raise the sword, but we choose the path of education as a means to achieve that utopia that we propose in each of our ideological platforms.

This general vision of the world that we share is also, in both cases, bigger than ourselves. In the case of the Hashmonaim, their fight was not just for them, it was for all the people of Israel. The Hashmonaim were not fighting for personal glory but to continue Judaism. It is with this conviction that they manage to overcome and subsequently restore Jewish sovereignty in the Land of Israel. At the Tnua we also activate for things bigger than our own movement, we activate to improve the world through an experiential education with values, we seek to continue with Judaism and we promote the centrality of the State of Israel.

In conclusion, we can affirm that the Hashmonaim have a great influence on the values and conceptions presented in all our ideological platforms. The Macabim are configured as examples to follow, by showing us the importance of standing up to defend what is ours, our culture, our ideas, our identity. This group of fighters teaches us that by being clear about our values and putting ourselves in control of our lives and our destinies we can build paths that lead us to fulfill our vision and objectives, always understanding that these are greater than the Tnua itself and that by achieving them we we ensure an improved world for all humanity. This is the ideological legacy of the Hashmonaim.